With Omaha Fashion Week coming to a close last night, I’m not quite for sure what I’ll do with my evenings! The week was magical without sounding completely cheesy… I’ll be posting more details and full coverage of the finale and daywear nights later this week so stay tuned! Thanks all OFW sponsors, models, designers and volunteers for an incredible time! 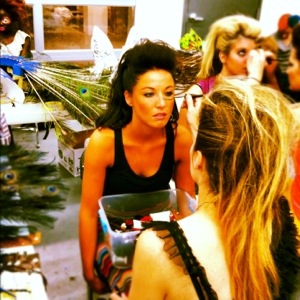 Sneak peak before the show… 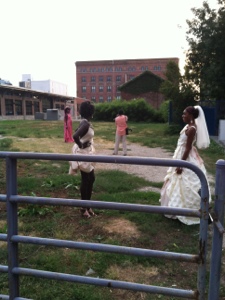 As I gabbed about before, last night was the Avant Garde event for Omaha Fashion Week.  It was absolutely incredible to see the local talent in this genre of fashion design.  Without a doubt, I was impressed.  Some of the highlights are the following:

Joi Joison-Using recycled clothing, Joi created a line with edgy embellishments, bleached and distorted denim, and some of my favorite jackets of the whole night!  Although she tended to have some intense pieces, when tied together, some of the harsher looks became really trendy and street smart!  Not only was she on pointe on the runway, but she was a lot of fun to catch up with after the show.  With rock and roll as her inspiration and being resourceful as her heart, Joi is a force to be reckoned with!

Mai Do-New kid on the block, Mai may have just graduated from Lincoln last December, but made her OFW debut with a bang!  Not only did she innovatively display her theme of tropical birds with taste and panache, Mai had some of the best constructed articles of clothing that I saw and felt the whole event!  Be sure to keep an eye on her and her fabulous looks!

Ellene McClay for FORTRESS-Being an outward woman of faith, Ellene rocked the “Armor of God” theme with a fierceness and strength that I’ve never seen in the industry.  I especially loved her accessories, showing some spiky gold shoulder panels, a mirror finish knee pad, and a giant feather headress which wowed the audience in a way that can only be described as awestruck!

Terri Jen Buckner for NueVintage Apparel-Terri showed by far the most wearable pieces of the evening!  I loved her first look which was a floor length tan knit gown and a look later on in her collection that featured fur on a jacket and satin pants!  More impressive than her seamstress abilities were her jewelry construction skills!  I seriously am obsessed with the necklace shown here! 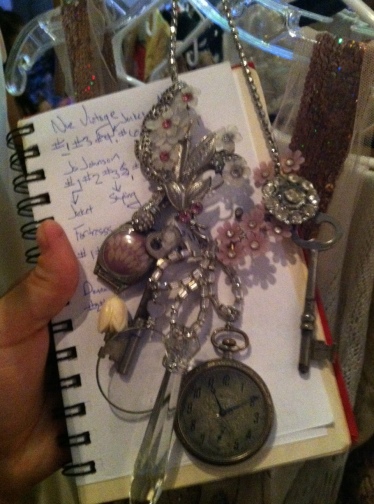 All in all, the night was wildly successful and I’ve never been so proud to be part of the Omaha fashion scene!  More to come later on this week!